‘Snake repellents’ proved to have no effect on snakes 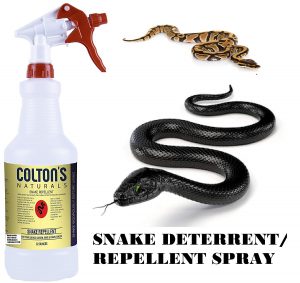 A variety of substances are used to repel snakes, including Jeyes Fluid, Condies Crystals, old oil, moth balls, plants like geraniums and wild garlic, and the list goes on forever. This also includes the commercially available snake repellents that some hardware stores sell. Unfortunately, none of them work.

A variety of scientific tests have been done on snake repellents throughout the world, and to date no effective substance has been found. There are also ultrasonic and vibrating devices, but they also have no effect on snakes. Snakes go where they wish to go and are largely attracted by prey items and to a lesser degree water.

Extensive field experiments were conducted recently by local scientists and their findings were presented at a Herpetological Association of Africa Symposium late last year. None of the substances that they tested, including Jeyes Fluid and snake repellent, worked and had no effect on snakes nor were they repelled in any way.

Further experiments were done at Wits University and the results were exactly the same – the repellents tested did not work.

‘We are requesting retailers to remove snake repellent from their stores. Selling a product that does not work at all is unethical and creates a false sense of security with people,’ says Johan Marais, C.E.O. African Snakebite Institute.